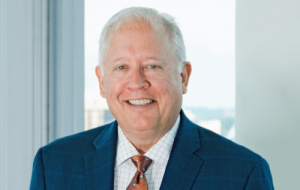 Ambassador Thomas Shannon spent more than three decades in government service under six U.S. presidents, ultimately serving as acting secretary of state in 2017. Before coming to Univ, he studied government and philosophy at William & Mary. After Univ he worked in the U.S. Foreign Service at the embassies in Guatemala, Brazil, South Africa and Venezuela. He served as U.S. ambassador to Brazil from 2010 to 2013 and achieved the rank of career ambassador — the highest rank in the U.S. Foreign Service. From 2013 to 2015, Shannon served as counsellor of the State Department, focusing on Africa, the Middle East and Southeast Asia, and led U.S. support for the UN-sponsored peace processes in Yemen and South Sudan.

In 2016, Ambassador Thomas Shannon was appointed undersecretary of state for political affairs by President Barack Obama. He managed the State Department during the presidential transition, led bilateral and strategic stability talks with the Russian Federation, worked with U.S. allies to oversee Iranian compliance with the Joint Comprehensive Plan of Action and expanded U.S. engagement in Central Asia. In 2017, he served as acting secretary of state during the confirmation process for President Donald Trump’s nominee.

William & Mary produced a video to celebrate the occasion.

Sean C Denniston was the…