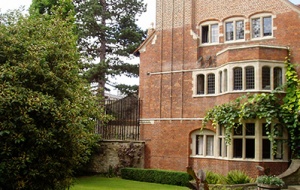 Kybald House was built in 1887, to the designs of the architect Henry Wilkinson Moore, originally as a home for a married Fellow and his family. The name is taken from Kybald Street, which runs to the south of this house. Moore would also design Durham Buildings for the College.

For many centuries, Fellows of Oxford Colleges had had to resign their posts if they got married, but these rules were relaxed in the 1870s. There was much concern at what would happen in Colleges when their married Fellows would move out to live with their families, and so several Colleges had the idea of building a fine house on their grounds for the use of a senior Fellow, his wife and family (and their servants). 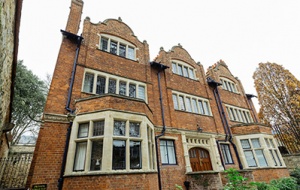 If you look at the front of Kybald House from Kybald Street, then you can see how much it resembles one of the villas in North Oxford – and in fact Moore designed several of these houses himself.

Kybald House was used as a Fellow’s house until the 1940s, after which it was divided into flats for three Fellows. Today it is used entirely for offices and teaching rooms.