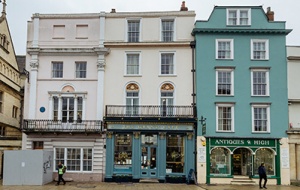 Buildings to the east of the College

The sites of 83–84 High Street have been owned by Univ since the early 14th century, and for much of this time they have been rented out. In the early 19th century, they were part of the Angel Inn, one of Oxford’s great coaching inns, and in the later 19th century, they were leased to Frank Cooper, famous for his Oxford marmalade. In 1935, the upper floors of these houses were converted into student accommodation, originally providing ten sets of rooms. 85 High Street and Bostar Hall were only acquired by the College in the 19th century, from Queen’s College and Magdalen College respectively, and were once again originally just rented out as houses and shops. In 1946, however, 85 High Street was converted into student accommodation, and Bostar Hall followed in 1949. These four houses were all knocked through for ease of access, and it is now possible (if not always easy) to walk from 83 High Street right the way through Durham Buildings, and over the bridge into Radcliffe Quadrangle. 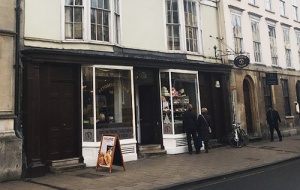 Buildings to the west of the College

90 High Street was bought by Univ from Christ Church in 1905. It was a grand building: John Ruskin’s mother stayed there when her son was at Christ Church, and it was later the first home of Vincent’s Club, the exclusive club of Oxford’s sporting elite. Recent work on it has shown that some parts of the house contain what now must be the oldest buildings in the College. 91 High Street was acquired more recently, in 1975. Slightly further away, the College acquired 2, 4 and 5 Magpie Lane in 1989, and has converted them to student accommodation. 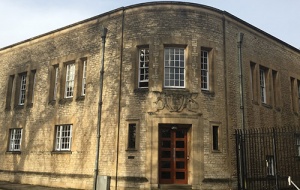 Buildings to the south of the College

The College has gradually acquired several houses on the north side of Merton Street, running to the east of Logic Lane. For some years 9 and 18 Merton Street were used as College accommodation, while other houses in the street were rented out, but in recent years all of 12–18 Merton Street have been converted into graduate accommodation and teaching space. The most significant of these buildings, though, is 10 Merton Street. This was designed in the 1930s, but not built until the 1950s, and for many years was occupied by the Philosophy Faculty. In 2016 the building was taken into the central site of the College, and now offers accommodation for the Academic and Development Offices on the ground floor, and for the New Library on the first floor.