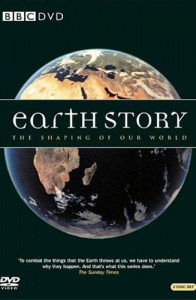 At school, I developed an interest in scientific problems and in the natural world. In particular, I was interested in learning at the interface of the two, and Earth Sciences was the subject which seemed to explore it. I asked schoolteachers questions about concepts I’d read about: magnetic reversals, climate modelling, formation of the Himalayas; but I never got any hugely satisfactory explanations because my questions never quite fitted into their more conventional specialisms in Chemistry, Physics or Maths. In the end, a teacher recommended a TV documentary series to watch, called “Earth Story”. You can find it on BBC iPlayer.

The series gave a great early insight into the story of our planet, and into the work of scientists unravelling the story. Impressed by what I’d watched, I ended up getting hold of the accompanying book, read it and was more and more sucked in and engaged by the concepts covered. Ultimately it was this series that persuaded me to apply for Earth Sciences rather than for another science or discipline.

The series, and the book which was made to accompany it, began to give me an appreciation of the scale of geological time, of the complexity of the Earth system, and ultimately of how much left we’ve got to understand about our Planet and Universe. It covers the basics of everything from the Earth’s core to its atmosphere, from the beginning of the solar system to the dawn of mankind. It explains the key concepts in our understanding of volcanoes, earthquakes, mountain belts, climate, and does so in a super intelligible manner. It remains the most accessible and understandable science book I’ve ever laid my hands on.

As I flicked back through the book to write this review, I’ve seen a number of names I recognise from the Oxford Earth Sciences department in the acknowledgements. These are professors that have now taught me for the last few years, including one that is now supervising my 4th year thesis. The Oxford department’s fingerprints and influences are all over the series, so in hindsight it’s not a huge surprise that I found this a resource of real quality.

I deeply appreciated the TV series, the book and the influence they had in motivating me to apply for this subject.