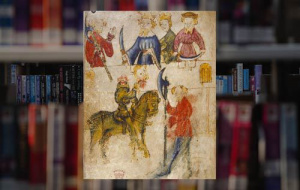 We are pleased to invite you to the twelfth meeting of the Univ Virtual Book Club for Old Members and friends of the College. One of the College’s Fellows will propose an insightful read designed to encourage an exciting discussion. Members will have time to delve into the book before convening virtually for a roundtable discussion, facilitated by the same Fellow.

The October book club will be facilitated by Professor Helen Cooper FBA, Honorary and Emeritus Fellow, and Professor of Medieval and Renaissance English at the University of Cambridge, who proposed this medieval story:

Sir Gawain and the Green Knight was written at about the same time as Chaucer’s Canterbury Tales, but it disappeared from sight for several centuries. It will be familiar to students of English, but it remains both engrossing and enigmatic no matter how often you read it. It has only recently become much better known, and a rather fanciful film of it, The Green Knight, was released this summer in the USA; but although it’s essentially an adventure story, or indeed a thriller, no two readers ever seem to agree about quite how to understand it. The original language is difficult (six hundred years old and in an intentionally exotic northern dialect), but there are a number of translations easily available. The best known is the one by Simon Armitage (Faber); also good is Keith Harrison’s (Oxford World’s Classics), to which Helen Cooper wrote the introduction and notes.

The book is available from Blackwell’s, Waterstones or Amazon.

Please click here to register for the virtual discussion on 21 October. As we would like to encourage interactivity, this event is limited to participants selected via a lottery system. Participants will be randomly drawn on Monday, 13 September, 5pm (BST), and informed of the outcome shortly after.

We look forward to welcoming you to the Univ Virtual Book Club. 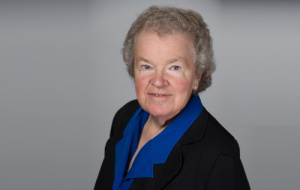 Professor Helen Cooper
Professor Helen Cooper arrived at Univ as the College’s tutorial fellow in medieval and Renaissance English (and its first woman Fellow) in 1978, leaving in 2004 for the chair in Cambridge that had originally been created for C.S. Lewis. She has written extensively on Chaucer (especially The Canterbury Tales), romance, pastoral, and Shakespeare, often with an emphasis on the continuities between the Middle Ages and the early modern. Her interests in the Middle Ages date back to when she was about four years old when she discovered that it was the source of all the best stories; her delight in Sir Gawain and the Green Knight is a continuation of that.